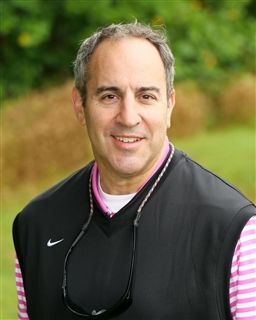 Seth Lieberman Joins the Minutemen as Director of Athletics

3/29/2022
Newark Academy has named Seth Lieberman as its next Director of Athletics. Seth comes to the Minutemen family with extensive experience leading athletics at a variety of independent schools, in addition to his diverse skill set. He brings with him a passion for athletics, experience in building and developing athletic programs, and an unwavering commitment to ensuring that every student-athlete has a positive experience.

Seth received his bachelor's degree, with a double major in geography and sociology, from Clark University in Worcester, Mass., where he was an Academic All-American student-athlete as a swimmer. He has a master’s degree in athletic administration from Springfield College, where he was the head coach of the women’s rugby team. A product of Maine overnight sports camps, Seth enjoys playing and watching all sports. In his spare time, he stays active and roots for his beloved New York sports teams and Carolina basketball, attends concerts (especially Bruce Springsteen), and travels in the U.S. and abroad.
“I am humbled and honored to be named the next Director of Athletics at Newark Academy,” Seth says. “It was clear in my visit to campus the passion that everyone has for athletics. I’m excited to join the Newark Academy community and look forward to being a part of Minutemen Nation!” He will officially join Newark Academy in July 2022.
Back
91 South Orange Avenue, Livingston NJ 07039, 973.992.7000
Reimagining rigor for students in grades 6-12